Why Should Christians Care about Sabbath? 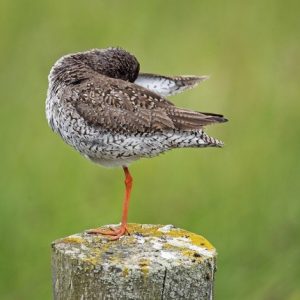 When [Jesus] came to Nazareth…he went to the synagogue on the Sabbath day, as was his custom” (v. 16, NRSV).

When I was a teenager, I remember my grandmother saying to me, “Carol, pretty soon you’re going to have to stop burning the candle at both ends.” Forty years later I’m finally figuring out what she meant. Human beings—or all of God’s creatures for that matter—are not designed to be constantly “on.” We need time that is set aside for rest, reflection, and communion with others, with nature, and with God.

What a coincidence! God has designed just such a time, and it’s called Sabbath. Never mind that we’ve abused it or ignored it or misunderstood it in the past. The invitation still stands, and we desperately need to accept it—as individuals, as Christian communities, and as a culture.

The short answer is: Jesus did. As Luke 4:16 illustrates, Jesus’ own Sabbath observance involved visiting the synagogue (see also Mk. 1:21and Lk. 13:10). Yes, he tangled with religious leaders who objected to some of his Sabbath activities, but to these nay-sayers he simply pointed out that “the Sabbath was made for humankind, and not humankind for the Sabbath.” Then he calmly reminded them that he was, in fact, “lord of the Sabbath” (Mk. 2:23-28).

Jesus’ early followers continued to observe the Sabbath, and often proclaimed the Gospel at Sabbath synagogue gatherings (Acts 13:14-16; 17:1-3). These gatherings would have happened on Saturday—the Sabbath Day. Sunday—the Lord’s Day—was also a day set apart for honoring Jesus’ resurrection, which, according to all of the gospels, had happened on a Sunday.

As Christianity began to spread into the Gentile world, we can assume that celebrating the Sabbath was one of those things that created some tension between Jewish and Gentile Christians.  In Colossians 2:16-19, for instance, Paul counsels the Christians in Colossae not to “let anyone condemn you in matters of food and drink or of observing festivals, new moons or Sabbaths.” Yet, this is a far cry from a condemnation of the Sabbath, which Christians from a Jewish background continued to observe.

It wasn’t until 321 C.E. that the newly-converted Roman Emperor Constantine declared that ‘the two should become one,’ so to speak. One wonders if he was worried about workers taking two days “off.” But in any case, he conflated the “Sabbath Day” and the “Lord’s Day,” and Christians have been following his lead ever since. To the extent that we have a “day of rest,” it is now supposed to be on Sunday.

What was lost in that sweeping decision so many centuries ago? Is it possible for contemporary Christians to recover those losses?

In this series, we will explore such questions. At the risk of giving too much away, I think it’s fair to say that such a recovery is not only possible, but urgent.

Prayer: Gracious God, we are weary and heavy laden. Grant us rest.