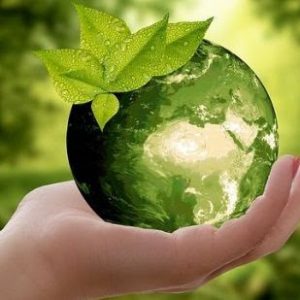 So God blessed the seventh day and hallowed it, because on it God rested from all the work that he had done in creation (Gen. 2:3 NRSV).

This caustic comeback has become something of a cliché. Of course, the reason clichés become clichés is because so many people find them to be true.

“It’s not all about you” was never more true than with regard to the Bible’s first creation story in Genesis 1:1-2:4a. Contrary to most people’s assumptions, human beings are not the crown of creation. That honor goes to the Sabbath. The fact that so many of us are confused about that fact says a great deal about us.

But what can we say about Sabbath? At least with the other days of creation there are tangible results. Who can forget fruit trees, after all? And then there are the stars, the cattle, and the ever-popular swarming things. Each day is chock full of cool creations, and God seems positively chuffed at how well things have turned out.

When we get to the seventh day, however, the inventory seems to come to an abrupt end. “God rested,” it says. Our busy 21st-century brains hardly know how to picture this. Should we imagine God in an Adirondack chair drinking a micro-brew? That image might be less misleading than the boring blank canvas that is our typical impression of Sabbath.

Once again, the problem is not with the Sabbath itself, but with our misconceptions of it. When the medieval rabbi, Rashi, considered this conundrum, he suggested that the Sabbath was actually the last thing God created. Rather than an absence, menuha (rest) connotes a presence. It is not emptiness, but fullness. Imagine a sphere filled with tranquility, serenity, and peace. Imagine that God invites us into this sphere so that we can share that exquisite shalom with all the rest of God’s good creation. Imagine.

In his marvelous book, Living the Sabbath: Discovering the Rhythms of Rest and Delight, Norman Wirzba reminds us that Sabbath is far more than a “divine afterthought.” In his words, God’s rest “is not simply a cessation from activity but rather the lifting up and celebration of everything.”[1]

Many of us live like we are being chased by a train. We complete one task, but we can’t take time to celebrate because we are already late for our next deadline. Weeks go by, months, years, then decades. Like the Energizer Bunny, we keep going and going and going.

But hear the good news: it’s not all about us. It is about all creation, invited into a sphere of rest, tranquility, and delight.

Why on earth would we say no?

Prayer: Forgive us, O God, for rejecting your gift for so long. Show us how to enter your sphere of rest, tranquility, and delight.