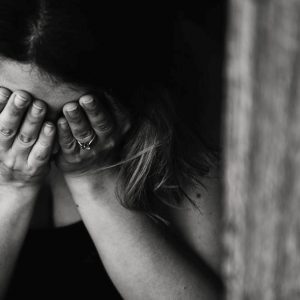 The sacrifice acceptable to God is a broken spirit; a broken and contrite heart, O God, you will not despise. (Psalm 51: 17, NRSV).

If confession is good for the soul, then why is it so hard to come by?

It’s a good thing King David didn’t have a public relations firm. If he had, we might never have inherited Psalm 51—one of the most candid prayers of confession ever blurted through tear-stained hands. When we pray it, it is not David’s sins that are “ever before us,” but our own.

Of course, there is no way to know if this prayer originated with David; many of the psalms did not. Still, whoever first identified this as “A Psalm of David, when the prophet Nathan came to him, after [David] had gone in to Bathsheba,” either had insider information or an unerring instinct for truth.

If you are familiar with the story from 2 Samuel 11-12, you will understand just how “spot on” this confession of sin is. David is certainly guilty of murder. He is arguably guilty of rape. (David was on the roof, not Bathsheba. And why would she refuse to go to the palace when the palace messengers showed up at her door?) But that’s not all. Sometimes the salacious elements of the story distract us from the fact that David is guilty of selfishness of such scale that it threatens to destroy both his family and the monarchy. As George Eliot once pointed out in her novel, Adam Bede, “Our deeds carry their terrible consequences…consequences that are hardly ever confined to ourselves.”

What should really get our attention in this prayer, however, is its honesty. And that is one of the most arresting features of the story in Second Samuel 12 as well. When the prophet Nathan turns his unflinching gaze on David and proclaims, “You are the man!” David makes no excuses. He simply says, “I have sinned against the LORD.” Whatever else David is guilty of, he is not guilty of self-deception. For my money, that is the single-most important reason for his retaining the title, “a man after God’s own heart.”

When we pray David’s prayer, he invites us to leave our excuses behind. God doesn’t want our excuses. As verse 17 reminds us, “the sacrifice acceptable to God is a broken spirit; a broken and contrite heart, [God] will not despise.”

We have to wait two and a half millennia before we find a prayer with this level of honesty. David doesn’t get much competition until sinner, poet, and preacher John Donne penned the following prayer. Donne can’t resist playing on his own name (notice how he uses the word “done”), but it’s not his cleverness that catches at our hearts. Like Psalm 51, this is a prayer in which there is no self-deceit. It come straight from a heart that is both broken and contrite. Pray along if you dare.

A Hymn to God the Father

Wilt thou forgive that sin where I begun,

Which was my sin, though it were done before?

Wilt thou forgive that sin, through which I run,

And do run still, though still I do deplore?

For I have more.

Wilt thou forgive that sin which I have won

Others to sin, and made my sin their door?

Wilt thou forgive that sin which I did shun

A year or two, but wallow’d in, a score?

For I have more.

I have a sin of fear, that when I have spun

My last thread, I shall perish on the shore;

But swear by thyself, that at my death thy Son

Shall shine as he shines now, and heretofore;

And, having done that, thou hast done;

I fear no more.

Listen: Click on the image below to listen to John Donne’s poem, “A Hymn to God” as interpreted by composer Jennifer Wolfe. The recording features the Hope College Chapel Choir conducted by Brad Richmond.

Prayer: Have mercy on me, O God, according to your steadfast love. For I know my transgressions, and my sin is ever before me. Create in me a clean heart, O God, and put a new and right spirit within me. Amen.