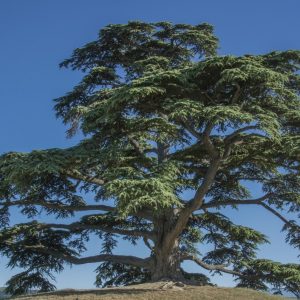 Read: Psalm 148 (Suggestion: Read this psalm while listening to Jupiter by Gustav Holst)

Let them praise the name of the Lord, for he commanded and they were created (Psalm 148:5, NRSV).

Question: When is the best time to plant a tree?

Question: When is the next best time to plant a tree?

This Q & A comes from Richard Powers’ Pulitzer Prize-winning novel, The Overstory (New York: W.W. Norton & Company, 2018, pp. 30-31). The wisdom of the answers seems self-evident. But Powers’ novel points out that human beings are not always good at recognizing the obvious. Later in the book, one of the characters—a psychology professor—observes that, “You can’t see what you don’t understand. But what you think you already understand, you’ll fail to notice” (p. 439).

The author of Psalm 148 wants us to understand the world in a new way. If we accept that invitation, it’s very possible we will see the world with very different eyes.

The first thing to notice about this psalm is that it is a great big call to worship. That’s nothing new, especially in the psalms. But look closely at who is in the congregation. When we take attendance, we see a catalogue of all creation. It includes stars, sea monsters, stormy winds, cedars and finally, human beings. While one could argue that the psalmist saves the best for last, there’s no real evidence for this in the psalm. On the contrary, it may be our own arrogance that has blinded us to the psalm’s invitation for us to see ourselves in the context of all creation. This is a symphony and not a solo, after all. All God’s creatures have a place in the choir.

The second thing to notice is that all the members of creation’s congregation are assumed to have a voice. Otherwise they would not be able to accept the psalmist’s call to worship.

Some years ago I brought my Corgi puppy, Fiona, into my seminary classroom the day we studied Psalm 148. I set her up on my teaching desk and asked the class, “How does Fiona praise God?” The consensus was that Fiona praised God not just with barks, whines, and wiggles, but via her “essential Corginess.” She praised her creator just by being herself—thus fulfilling God’s command (v. 8)

Now that I have read Richard Powers’ novel, I wonder if there is much more to creation’s “voice” than most of us ever dare to imagine. Part of the novel’s premise is based on scientific evidence that trees communicate with one another. What else, I wonder, have we failed to notice simply because we are too ignorant (or arrogant) to understand?

The blurb on the book jacket of The Overstory could serve as a teaser for Psalm 148 as well. Both remind us that, “There is a world alongside ours—vast, slow, interconnected, resourceful, magnificently inventive, and almost invisible to us.” But both also raise an alarm—either explicitly in the case of the novel or implicitly in the case of the psalm—about humanity’s role in silencing or perverting creation’s voices. A polluted river, after all, is like Yo-Yo Ma with a broken arm. 3 billion birds gone missing is like an orchestra without a flute section.

Perhaps we should hear Psalm 148’s call to worship as both an invitation and a command. Perhaps “let them praise the name of the Lord” could also serve as a plea to stop silencing so many parts of creation’s choir.

Prayer: Creator of all, forgive our arrogance. Forgive our greed. Give us eyes to see and minds to understand. Help us to restore as many voices in creation’s choir as we can.