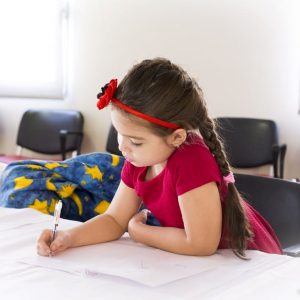 …they have filled this place with the blood of the innocent, and gone on building the high places of Baal to burn their children in the fire as burnt offerings to Baal, which I did not command or decree, nor did it enter my mind (Jer. 19:4b-5, NRSV).

Most people do not consider Baal much of a problem. If they know his name at all, it’s in reference to some dusty Old Testament idol, with which we no longer need to be concerned.

The prophet Jeremiah is clearly concerned, however, and on closer inspection, this passage may be more relevant than we realize. Here is a case in point.

I recently had the opportunity to listen to a lecture by Dr. Leah Gunning Francis, author of Ferguson and Faith: Sparking Leadership and Awakening Community (St. Louis: Chalice Press, 2015). Dr. Gunning Francis gave a moving testimony of the days and weeks of protest that followed the shooting death of Michael Brown Jr., a young black man shot and killed by police officer, Darren Wilson, in August 2014. Of all her accounts, however, there was one that I found particularly telling.

Some time after the shooting, the Washington Tabernacle Missionary Baptist Church of East St. Louis decided to sponsor a “toy gun buy back.” Their invitation read: “Parents and children are invited to exchange violent toys for nonviolent ones and enjoy food, music and fun activities for children and youth.” The rationale for the event was expressed in this straightforward quote from the pastor of the church, Rev. Rodney T. Francis (Leah Gunning Francis’ husband): “The goal is to spark meaningful conversations about the culture of violence and change the ways kids engage in dramatic play by replacing violent toys and video games with non-violent ones.”

The invitation was a simple but powerful response to the congregation’s question: “What can we do?” But no one could have anticipated the backlash that the church and its leaders received in the wake of their invitation. With the cruel efficiency with which social media excels, the church was soon inundated with threatening emails and posts. Some people, it seems, saw a toy gun buy-back as a threat to their second amendment right to bear arms. That perceived threat was all the excuse they needed to threaten others.

I listened to this testimony in stunned disbelief—which demonstrates nothing so much as my own naiveté, I suppose. But I also listened carefully to Dr. Gunning Francis’ call to examine our culture’s idols. The religious zeal sparked by a toy gun buy back may well be symptomatic of a form of idolatry that is alive and well—especially in North American culture.

When we read Jeremiah’s description of people who offer up their own children to a false god, we react in horror. We can’t back away fast enough, eager to distance ourselves from the pagan practices of a distant and benighted age.

Yet, I wonder if we are as distant from this indictment as we assume. According to the PEW Research Center, over 39,000 people in the U.S. died gun-related deaths in 2017. At this writing, there have been 21 deadly mass shootings in in the U.S. in 2019 alone, with the body count at 124. Names like Orlando, Las Vegas, El Paso, Virginia Tech, Sandy Hook, Columbine, Stoneman Douglas, and Charleston toll like church bells in our collective memory. There are so many mass shootings, we can’t even keep them all straight.

Listen:  There is a Place-by John L. Bell

This unforgettable anthem was written as a pastoral response to the mass shooting at Dunblane Primary School in Scotland on March 13, 1996 where 16 children and their teacher were murdered. It is published by GIA Publications, and this recording is from the CD, The Last Journey: Reflections for the Time of Grieving. Here are the words to the anthem:

There is a place prepared for little children
Those we once lived for, those we deeply mourn,
Those who from play, from learning and from laughter
Cruelly were torn.

There is a place where hands which held ours tightly
Now are released beyond all hurt and fear
Healed by that love which also feels our sorrow
Tear after tear.

There is a place where all the lost potential
Yields its full promise, finds its lost intent;
Silenced no more, young voices echo freely
As they were meant.

There is a place where God will hear our questions,
Suffer our anger, share our speechless grief.
Gently repair the innocence of loving
And of belief.

Jesus, who bids us to be like little children
Shields those our arms are yearning to embrace,
God will ensure that all are reunited;
There is a place.

Prayer: Hear our questions. Suffer our anger. Share our speechless grief. Gently repair the innocence of loving and of belief. But as you do all these things, help us to examine ourselves as individuals and as a culture so that we might find ways to stem this tide of senseless slaughter.