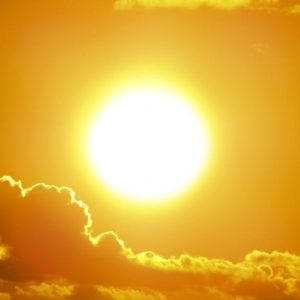 So he set off and went to his father. But while he was still far off, his father saw him and was filled with compassion; he ran and put his arms around him and kissed him (Luke 15:20, NRSV).

Sometimes love can stop you in your tracks.

That’s what happens to me when I read the parable of the prodigal son. People have rightly pointed out that it is the father in this story who is, in fact, “prodigal.” He lavishes his love on not one, but two calculating offspring. The younger brother can’t wait for his dad to die, squandering his inheritance on short-term gains. Then the older brother pitches a fit when Dad decides to let bygones be bygones. What a pair!

Part of me wants to write “Part Two” of this parable. In the sequel we would find out whether the sons learned anything from watching their father’s application of what we might call “new math.” It was a way of calculating that multiplied and divided everything by love.

New math seems to be a motif in all three of the stories in Luke 15. The lost sheep and the lost coin were, in fact, practice sessions for the parable of the prodigal father. All three stories must have had the Pharisees fuming. But the tax collectors in the crowd must have smiled to themselves (see Luke 15:1-2). Jesus clearly wasn’t very good at math….

I thought of this story in choir rehearsal the other day. We were singing Dan Forrest’s exquisite suite for chorus and orchestra, Lux: The Dawn From on High. It was the third movement that stopped me in my tracks.

After the second movement’s insistent proclamation of John 1:5 (“The light shines in the darkness, and the darkness did not overcome it.”), Forrest continues with these words from a poem by Daniel Ladinsky:

Even after all this time the sun never says to the earth, “You owe me.”

It lights the whole sky.

This week we begin another journey through Advent. As the days grow shorter and the news grows darker, turn toward “love like that” wherever you find it—love that doesn’t get lost in careful calculations. It’s a love that will light the whole sky.

Pray: Help us to reflect your prodigal love.