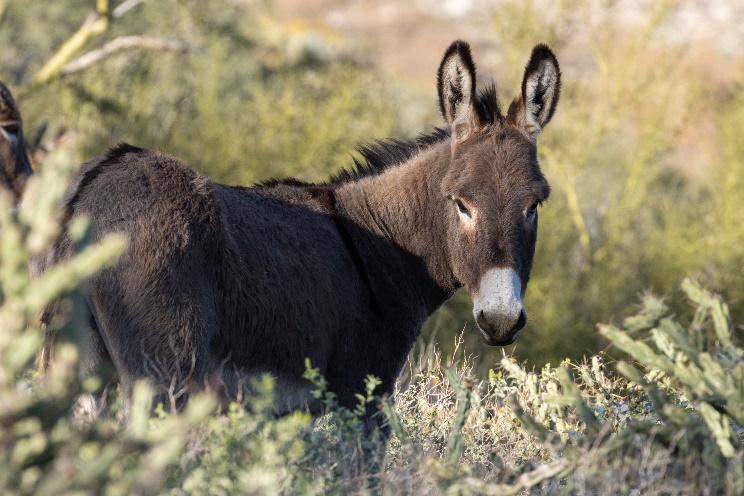 Then the LORD opened the mouth of the donkey, and it said to Balaam, “What have I done to you, that you have struck me these three times?” (Numbers 22:28, NRSV).

If you have ever learned a language, you know that one usually starts with the typical before moving to the exceptional. You learn the pattern of the regular verb first. Once you’ve got it down cold, then you venture on to the irregular ones—albeit with fear and trembling.

The wisdom of this approach is fresh in my mind because my husband and I are trying to learn Italian. We have a very healthy fear of irregular verbs. So, I know that it might be better to begin this series on “faithful foreigners” by establishing the regular pattern: someone who is perceived to be a “foreigner” proves to be wise, faithful, and ultimately important to the story the Bible is trying to tell. However, this time the exceptional is so exceptional, we’re going to start there and save the typical for later.

I’m talking about Balaam’s ass. She is not just a faithful foreigner; she is a cross-species faithful foreigner. I love her not just because she makes her owner look like an ass, but because she has some choice words for us as well. And if we can suspend disbelief long enough to listen to her, we might find ourselves wiser for it.

Balaam is himself a foreigner, but he is only faithful about 85% of the time. (He gets a B as compared to his donkey’s A+.) He has been conscripted by the king of Moab to curse the newly liberated people of God, who have come up from Egypt and are encroaching on his territory (vv. 4-6). Balaam has some scruples, however, and refuses to curse what he knows God has blessed. He only agrees to go with the king’s emissaries after getting special permission from God (v. 20), and makes no promises at that. He saddles his infamous ass, and sets out.

It’s unclear why “God’s anger was kindled because he was going,” but in any case, “the angel of the LORD took his stand in the road as [Balaam’s] adversary” (v. 22).

This is when the fun begins.

Even though Balaam is, by profession, a “seer,” he is completely blind to the fact that the angel of the LORD is “standing in the road with a drawn sword in his hand” (v. 23). The donkey’s eyes are just fine, however, and she wisely turns off the road. Balaam beats her for her trouble, and forces her back on the road.

The next time the angel appears it is smack in the middle of a narrow path between the walls of two vineyards. What’s a poor donkey to do? She thinks fast, and scrapes Balaam’s foot against the wall. The unappreciative Balaam beats her again.

The next time the angel blocks the way, the donkey simply sits down. When Balaam strikes her again, it proves too much for her—and for God. God opens her mouth and she asks Balaam point blank, “What have I done to you that you have struck me these three times?”

Balaam’s response says more about him than it does about her: “Because you have made a fool of me! I wish I had a sword in my hand! I would kill you right now!”

His ingratitude must have been galling. With admirable self-control, she asks, “Am I not your donkey, which you have ridden all your life to this day? Have I been in the habit of treating you this way?” Even Balaam has to admit that she has not.

One wonders if it ever occurred to Balaam to ask—not just why his faithful donkey had suddenly undergone a personality transplant—but why she was suddenly speaking her mind. Perhaps it was because he was so caught up in his own righteous indignation.

There is a lesson in that for all of us when we think we are on a mission from God. We don’t always see as clearly as we think we do—even if we are professional “seers”. Wisdom is where we find it—even when it comes from unexpected sources.

Ponder: How might this story relate to issues in your life or our world? (One example might be climate change.) Whose/what voices do we need to hear? What might they be saying to us?

Pray: Give us eyes to see, O God, and ears to hear your wisdom from unexpected sources.