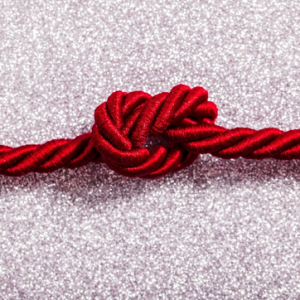 Then Joshua son of Nun sent two men secretly from Shittim as spies, saying, “Go, view the land, especially Jericho.” So they went, and entered the house of a prostitute whose name was Rahab, and spent the night there (Joshua 2:1).

It’s hard to know what to do with a book that justifies genocide. That’s the interpretive hurdle that sends many modern readers of the book of Joshua back to the locker room in defeat. But while we wait there with them for wisdom, we may still be able to find some insight in one of the book’s best stories: the story of Rahab the prostitute.

It should come as no surprise that some have tried to side-step that crude label by calling her an “innkeeper.” But the Bible is blunt on this point. She’s a prostitute. Of course, she’s also a lot of other things—and that’s part of what makes her story so instructive. But let’s not get ahead of ourselves. Here is how her story begins.

Joshua and the not-so-newly-liberated people of God are on the eastern edge of the promised land. He sends two men ahead as spies, telling them to pay particular attention to the city of Jericho.

It’s a stroke of either genius or providence that the men end up at Rahab’s house. Think about it. Where else could two men from out of town go that would arouse less suspicion? But the king of Jericho is still nervous about them, so he sends orders for Rahab to hand them over.

Her response is a brilliant, bald-faced lie. Yes, they were here, she says breathlessly, but I don’t know who they are. Anyway, they left town as the gate was closing for the night. If you hurry, you just might catch them!

Meanwhile, she has hidden the men up on her roof under some flax. (Flax is used to make linen, from which we can conclude she has a sideline.) Negotiations ensue, and she emerges with a deal. She gets the spies to swear that they will spare her and her family if she helps them escape. To make a short story shorter, she does and they do.

There’s no substitute for reading the story yourself, but as you do, look for these often overlooked qualities in the woman I prefer to call, Rahab the Resourceful:

Finally, she is one of the Bible’s best Faithful Foreigners.

Ponder: What can we learn from Rahab’s story? If you could have a conversation with her, what would you want to ask her? What might she ask you?

Pray: Help us to see people for who they really are. Help us to respond to your kindness by being kind to others—even those whom society shuns.