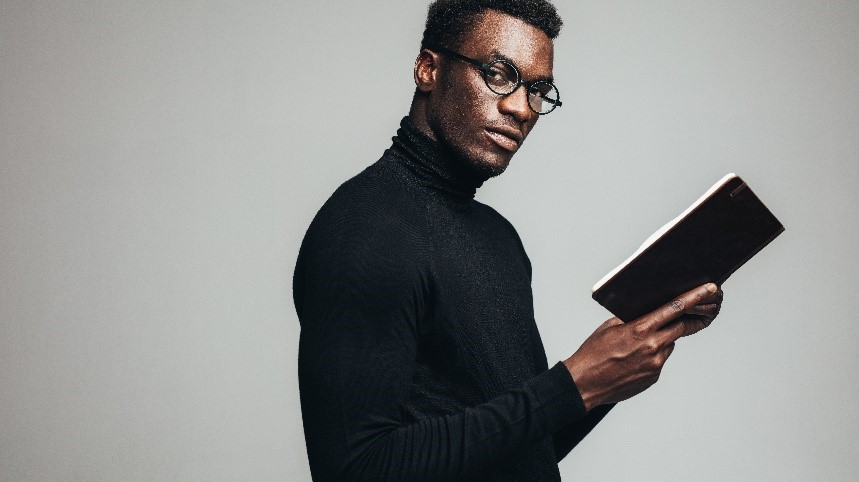 Now there was an Ethiopian eunuch, a court official of the Candace, queen of the Ethiopians, in charge of her entire treasury. He had come to Jerusalem to worship and was returning home; seated in his chariot, he was reading the prophet Isaiah (Acts 8:27-28, NRSV).

This story is all about stereotypes—and God’s tendency to overturn them.

The Ethiopian eunuch is a prime case in point, although we can’t fully appreciate that without meeting Simon, whose story is related earlier in the chapter.

Simon has issues. When we first meet him, he’s wowing the Samaritan crowd with magic tricks. And if he does say so himself, he is “someone great” (v. 9). When Philip comes along and upstages him with genuine miracles, Simon is quick to jump on the bandwagon and get baptized. His true nature is revealed, however, when he offers Philip cold hard cash for access to some of the Holy Spirit’s action. Philip is not impressed.

Now the scene shifts to a wilderness road between Jerusalem and Gaza. Philip encounters the Ethiopian eunuch, sitting in his chariot reading aloud from the prophet Isaiah (as one does….). When Philip asks him if he understands what he is reading, the eunuch replies, “How can I, unless someone guides me?” Philip joins him in the chariot and a conversation ensues.

Even the wilderness defies stereotypes in this story, offering up some water at precisely the moment the Ethiopian eunuch wants to be baptized. Philip complies, and the story ends with Philip being snatched away by the Holy Spirit. (Simon would have loved that!) The eunuch goes on his way rejoicing—not, we assume, because of Philip’s spectacular exit, but because of his own newfound faith.

So, on the one hand we have Simon—the insider who says he is someone great but isn’t. His interest in the Gospel seems no deeper than what he can get out of it. Then we have the Ethiopian eunuch who is “not from around here” in several ways at once. But he really IS great, both in terms of his status as royal treasurer and in terms of his profound understanding of the Gospel.

So much for stereotypes.

The “Easter egg” hidden within this story is the passage that the eunuch is reading from Isaiah. It is from Isaiah 53—one of the “songs of the suffering servant.” It’s a poem about someone the exilic community had misjudged. Their theological stereotypes had suggested this person was “of no account.” He was “despised and rejected,” probably because they assumed his suffering was the result of his own sin. But then God opened their eyes to the fact that he was suffering, not for his own sins, but for theirs. What’s more, his was “the punishment that made [them] whole.”

Sometimes it takes an outsider to teach us the truth about books and their covers.

Ponder: Where do you see yourself in these stories? Have you ever been hurt (or hurt someone else) because of stereotypes?

From people who claim they are great, but are not—good Lord, deliver us.

From the tendency to judge others according to stereotypes—good Lord, deliver us.

From the instinct to ask, “What’s in it for me?”—good Lord, deliver us.