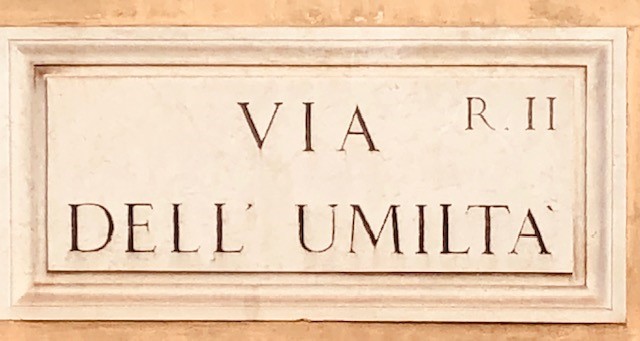 My wrath is kindled against you and against your two friends; for you have not spoken of me what is right, as my servant Job has. (Job 42:7b, NRSV).

In Italy we were not ten minutes into the pandemic before a conservative Catholic radio host proclaimed that it was “a warning from the heavens against materialism.”

While I agree that materialism is a problem, I wondered how Father Fanzaga could make the connection to COVID-19 with such certainty. But isn’t that always the way when disaster strikes? There is always someone who takes to the airwaves with an answer to the question: Whose fault is this?

The question is natural enough. Our brains crave a clear cause and effect. The only problem with the “blame game” is that it tempts us to assume we know far more than we do.

Several millennia ago, Job’s friends got their comeuppance from God when they tried something like this. They assumed that Job was suffering because of some secret sin. In a word: he wasn’t. As readers, we have known this for forty-one chapters, so it’s enormously satisfying when we finally hear God say to the ring-leader, Eliphaz: “My wrath is kindled against you and against your two friends; for you have not spoken of me what is right, as my servant Job has.”

But then the story takes an unexpected turn. First, God tells Job’s “frenemies” to make a very expensive sacrifice to atone for their sin. So far, so standard. But here comes the catch: God will only accept their sacrifice when Job prays for them. “I will accept his prayer not to deal with you according to your folly,” God says.

For the friends, this final humiliation must have stung even more than the sacrifice. But how must it have felt to Job? The Bible doesn’t say, but evidently Job rose to the occasion because the story says that “the Lord accepted Job’s prayer.”

The book of Job is a big old cautionary tale against claiming to know more than we do. As such, it deserves a spot on everyone’s essential lockdown reading list. The story may be old as the hills, but it is still the best remedy for what N.T. Wright calls “the usual silly suspects” who inevitably appear to “tell us why God is doing this to us” (see Time, March 29. 2020).

The detail about Job’s prayer takes this old story to a new level, however. Just when we are tempted to sit back and say, “Ha! I’m right and you’re wrong!” God asks us to cut short our self-righteous celebrations in favor of something more constructive.

There is a street not far from my apartment in Rome called, “Via dell’ Umilità” (Humility Street). It really is a humble little street, made even more-so by some temporary scaffolding that makes it difficult to find.

I snapped a picture of the street sign back in January, thinking that it was an apt description of what I was experiencing in my beginner’s Italian class. Then, having been insufficiently humiliated in language class, I joined the gym. This took me even further down Humility Road. But then came the pandemic, and I realized that I had a long, long journey ahead of me.

I can usually resist the temptation to play the “blame game” when disaster strikes. I can see that the “usual silly suspects” presume too much when they offer up their over-simplistic explanations for the world’s suffering. But perhaps God is inviting me—inviting us—to do more than just refute them and/or celebrate their comeuppance.  Perhaps God is asking us to pray for them, and thereby learn a lesson about humility ourselves.

Reading Job’s story again reminds me that I need to look more carefully for the entrance to “Via dell’ Umilità.”

Pray: Heal the hearts of those who are quick to blame. Lead us all in paths of humility, reconciliation, and peace.

Listen to this setting of Lord, Make Me an Instrument of Thy Peace” (The Prayer of St. Francis) by John Rutter and the Cambridge Singers. 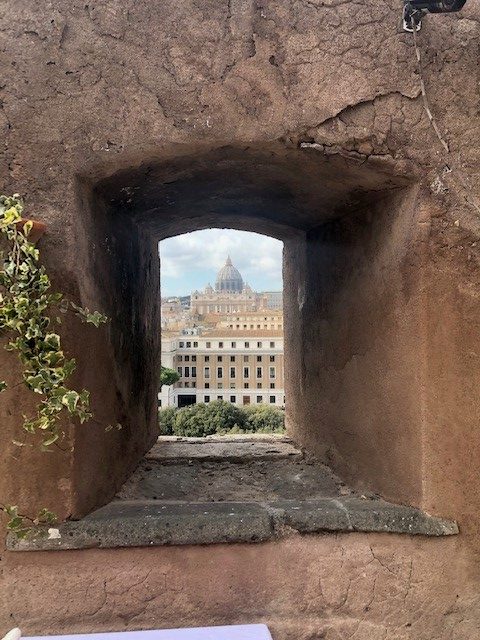 Introduction to the Roman Roads Series

As many of you know, I am spending my sabbatical in Rome, Italy. Thanks to the coronavirus, it is turning out to be something less than a “Roman Holiday.” While a pandemic was not part of my original itinerary, it does lend a unique perspective to my writing these days. I offer these reflections along with my prayers for the health and safety of our world. May God bless and keep you all!