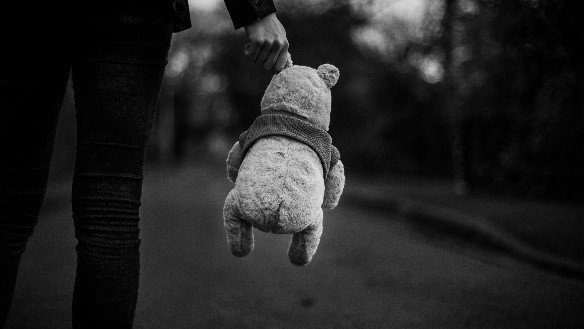 God saw everything that he had made, and indeed, it was very good. And there was evening and there was morning, the sixth day (Genesis 1:31, NRSV).

“The only reason honey is made is for me to eat it.” Thus sayeth the bear…Pooh Bear to be precise.

Far be it from me to pick a fight with Winnie the Pooh. I have spent many appreciative hours in the company of A.A. Milne’s quirky, cuddly character. Yet, at the risk of inviting irate letters telling me to pick on somebody my own size, I can’t help thinking that Pooh’s attitude is a bit problematic.

Does nature exist solely for us to consume it? No. No more than honey is made only for one hungry (albeit adorable) bear to eat it. Yet, judging from the way we have treated the world, one could easily come to that conclusion. To make matters worse, we have sometimes cited Scripture in defense of our actions. God’s command to “subdue” the earth and to “have dominion” over its creatures has often been taken as a license to ransack creation for our own ends.

If we look to the context of God’s command, this reading is a tragic misinterpretation. Just before the order is issued, humanity is created in God’s own image, which is hardly an insignificant detail, especially when one considers the loving majesty of the creation story so far. Each day is earmarked by some new miracle, sprung from God’s fertile imagination. As the parade of creation passes by, God sits back in satisfaction, pronouncing it good, good, and very good. To be created in the image of this God leaves little room for random acts of selfish appetite. So “dominion” must mean something else. Walter Brueggemann is surely on the right track when he suggests that “the task of ‘dominion’ does not have to do with exploitation and abuse. It has to do with securing the well-being of every other creature and bringing the promise of each to full fruition” (Genesis, Westminster/John Knox Press, 1982, p. 32).

As if to guard against sinister distortions, the Bible’s second creation story chooses its words very carefully. In Genesis 2 we read that God puts Adam in the garden and instructs him “to till it and to keep it.” If any doubt remains about the nature of our relationship to nature, this statement surely dispels it. We are to “keep” the earth even as a good shepherd “keeps” his sheep. If we bear in mind the model of Jesus, the Good Shepherd, we are reminded of just how selfless this job description is. Brueggemann again writes, “It is the task of the shepherd not to control but to lay down his life for the sheep (John 10:11).”

Still, if we are not careful, we could easily become ensnared in another misinterpretation of this ancient story. Notice, for instance, how easily we can discuss “nature” or “creation” as if we were somehow distinct from it. Nothing could be further from the truth, nor more dangerous to creation’s care. We may be created in the image of God, but we are still very much a part of creation, and our destiny is intimately connected to its own.

Perhaps another ancient story will serve to illustrate this point.

A Greeks tell the story of Erysichthon, a man who, without a qualm, cut down every tree in the sacred grove of Ceres to feed his own insatiable greed. Ceres “pondered how to make his death a parable of her anger,” and finally found the perfect way to make the punishment fit the crime. (Quotes are from Ted Hughes’ translation, Tales from Ovid, 1997).

She condemned Erysichthon to hunger—infinite, insatiable hunger. He devoured everything, even selling his daughter at the market “to feed the famine in her father.” But none of it, of course, was enough. Finally, when nothing else could satisfy his cravings, “he began to savage his own limbs. And there, at a final feast, devoured himself.”

This ugly end to an ugly story points out the peril of our aggressive and irresponsible attitudes. If we think we can continue to devour creation without finally devouring ourselves, then we deceive ourselves and the truth is not in us. When we savage creation, we savage our own limbs, and in a final feast, we threaten to devour ourselves. They don’t call us “consumers” for nothing.

Perhaps the only reason nature is made is not for us to consume it. Perhaps it exists to glorify God. Maybe when the trees of the field clap their hands, God sits back and smiles, thinking, “it is good, it is good, it is very good.” In any case, we must begin to think of our role in creation as one of responsibility rather than privilege. Pooh’s attitude may be perfectly appropriate for a young bear, but it is hardly appropriate for grown-up people. Particularly grown-up Christian people.

Ponder: How might seeing yourself as a part of creation influence your behavior?

Pray: Creator God, You made us and all that is, calling creation good.

Teach us again the nature of goodness.

Cultivate this fruit of the Spirit in our lives,

So that we may reflect your goodness and justice in the world.

From Eating Together Faithfully, a publication from Life Around the Table