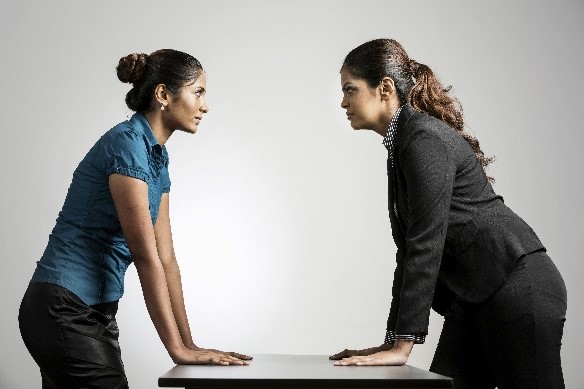 “As for the prophet who prophesies peace, when the word of that prophet comes true, then it will be known that the LORD has truly sent the prophet” (Jer. 28:9, NRSV).

What happens when believers disagree? Tension mounts as each side defends its take on the truth. Both claim the Bible as the basis for their position. Feelings are hurt, friendships strained, and the body of Christ is battered and broken.

We don’t have to go far for examples, unfortunately. Disagreements about abortion, homosexuality, and the next election put believers at odds on a daily basis. Or perhaps we need go no farther than the divorce court or the dinner table for compelling examples.

No, we don’t lack examples. We lack guidance.

Some help may hail from an obscure passage in Jeremiah. The setting for Jeremiah 28 could not have been more explosive. Religion and politics were wound together to form the fuse that threatened to ignite all of God’s promises to the covenant people. King Zedekiah of Judah was under a lot of pressure to defuse the situation by rebelling against Babylon and throwing off the “yoke” of oppression that Babylon’s king had placed on the people of Judah. After all, Babylon had already taken captive many of the religious and civic leaders, and looted the temple of most of its treasures. The time was ripe for rebellion. Surely, the people of Judah could count on God to back their battle plans.

Enter the prophet Hananiah with just the words King Zedekiah was waiting to hear. “Thus says the LORD of hosts, the God of Israel,” Hananiah proclaims confidently.

While the words may have been welcome to the king, they were oddly jarring to the prophet Jeremiah. They went against every word he’d had from the LORD. According to the revelations he had received, God had placed the Babylonian “yoke” on the people as punishment for their religious infidelity. God had even ordered Jeremiah to wear an actual yoke so that the prophet himself would serve as a walking reminder of God’s judgment (Jer. 27:2). Imagine Jeremiah’s dismay, then, when Hananiah announces the “good news.”

“Let him have it!” we, the readers, root. But Jeremiah doesn’t. Instead, he seems to step meekly aside. “Amen! May the LORD do so,” he says. “May the LORD fulfill the words that you have prophesied” (28:6).

Now it is our turn to be dismayed. Has Jeremiah suddenly undergone a personality transplant? The key to his baffling behavior is in what he says next. In words spiced with both skepticism and sarcasm, he suggests that the only way to tell who is right is to wait and see whose words come true. It is a fairly simple litmus test for true and false prophecy given in Deuteronomy 18:20-22. The only thing required is patience.

This story may seem like a long way to go for guidance on how to referee disputes between believers, but Jeremiah’s reaction is very telling. Until his words are vindicated by God through history, or until he receives another word from the LORD that contradicts Hananiah’s, he cannot be sure whose position is right. For all he knows, Hananiah may have a genuine word from the LORD. In the meantime, Jeremiah is free only to argue his position and point out the probabilities. Even when his adversary resorts to humiliation and violence (Hananiah actually takes the yoke from Jeremiah’s neck and breaks it), Jeremiah does not respond in kind. In what has to be one of the most frustrating phrases in Scripture, Jeremiah 28:11 tells us, “At this, the prophet Jeremiah went his way.”

Most of us do not receive direct revelations from God in the same way that the Old Testament prophets did. Moreover, many of our disputes involve multiple shades of gray. Yet, something can be learned from Jeremiah’s demeanor in this story. The next time we square off—especially with another believer—we would do well to remember Jeremiah’s refusal to claim a corner on the truth. Who knows? God may be speaking to our adversary too. Until we know for sure, perhaps the best we can do is to argue our case and simply walk away. Truth—like murder—will out.

Ponder: Think of disagreements you have had with other believers. Does this story make you wish you had acted differently? How might it impact your words and actions in the future?

Pray: Great God, your love has called us here, as we, by love, for love were made.

Your living likeness still we bear, though marred, dishonored, disobeyed.

We come, with all our heart and mind your call to hear, your love to find.

(From the hymn, “Great God, Your Love Has Called Us Here,” by Brian A. Wren.)