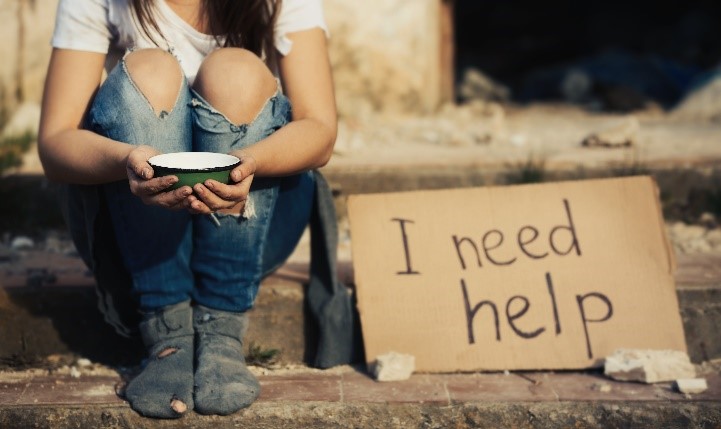 They came to Jericho. As he and his disciples and a large crowd were leaving Jericho, Bartimaeus son of Timaeus, a blind beggar, was sitting by the roadside (Mark 10:46, NRSV).

I had been sitting on that roadside for years, begging and blind. The road was good for begging, as far as that goes, with a fair amount of traffic, especially around holy days. I could always count on those pious religious pilgrims to lighten their conscience along with their purse. That may sound calculating, but let’s face it: it’s a harsh world out there, especially of you are Bartimaeus, the blind beggar.

The world was never so harsh as on the day I was healed.

A large crowd was approaching, which was usually a good sign from my perspective. But my initial hopes were checked by the sound of the voices. This crowd was not just any crowd. They had an agenda. The tension was high, although the reason wasn’t clear. They sounded as if they couldn’t decide whether they were on their way to an execution or a party.

But then, I heard the sound of my own voice rising above the shouts of the people around me. I don’t know what got into me, but suddenly, what had started out as a prayer under my breath was a full-fledged shout. “Jesus, Son of David, have mercy on me!”

I’m not sure who was more anxious to shut me up. Some of the voices were familiar. My friends (such as I had) were embarrassed, I suppose, at my making such a fuss. But I think some of the people trying to shush me may have been his disciples. Maybe they thought my use of that messianic title, Son of David, would light the fuse under the procession’s powder keg. They could have been right, because some of the other voices began to turn really ugly at that point.

But then another voice carried across the crowd. Perhaps the reason I heard it was that its tone was so different. Or maybe it was because it was his voice. I guess I’ll never know. In any case, I was not calling him anymore; he was calling me.

It’s funny how accommodating everyone became all of a sudden. The very people who had tried to silence me just moments before were now shoving me forward. What were they thinking, I wonder? The religious authorities may have been trying to set a trap for him. His disciples were probably looking for a diversion. In either case, it didn’t matter. I followed the sound of his voice.

I was so intent on his voice, as a matter of fact, that I did something completely out of character: I threw off my cloak and hurried toward him. Normally, I would never have left my cloak, especially in a crowd like this. What were the chances that I would be able to find it again? And I can’t remember the last time I hurried like that, heedless of every obstacle.

The sudden stillness told me that I had found him. But then I might as well have been struck dumb as well as blind. I couldn’t find any words to say.

He was the one who finally broke the silence. “What do you want me to do for you? He asked. The question was so direct, it was disarming.

What did I want? For years I had prayed for the strength to endure my suffering…the grace to bear my blindness with a better attitude. But now…I guess I never expected God to show up in the flesh and ask me that question point-blank.

In a heartbeat I knew what I wanted. I wanted to be healed—really healed. And I knew that if I didn’t ask him now, I might never have another chance. I screwed up my courage and said, “My teacher, let me see again.”

Making that request was my last act as a blind beggar.