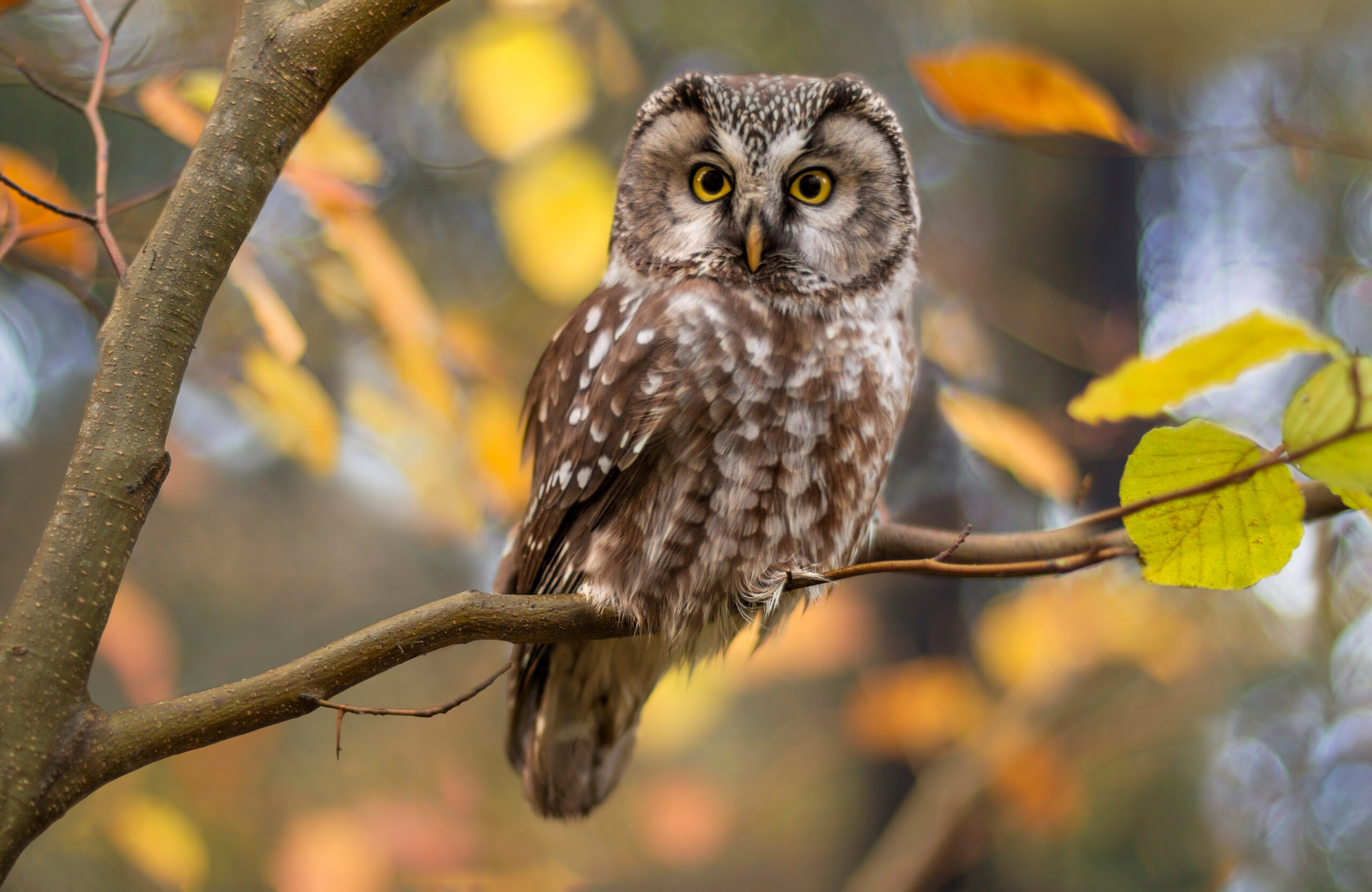 Whoever blesses a neighbor with a loud voice, rising early in the morning, will be counted as cursing (Proverbs 27:14, NRSV).

It’s difficult to say who was more startled.

My husband and I were taking a walk in the wooded dunes near Lake Michigan one afternoon. It was a weekday, so we pretty much had the place to ourselves. Or so we thought.

Cresting a rise on the trail, we suddenly found ourselves face to face with an owl. It was sitting on a branch not six feet from us. We stopped in our tracks, stunned into silence. There followed a thirty second stare-down during which we sized one another up. Then the owl, unimpressed with us, flew off to find more interesting company.

Neither of us had ever been that close to an owl. But the encounter sparked a shared memory of a poem we had learned as children:

A wise old owl sat in an oak.

The more he saw, the less he spoke.

The less he spoke, the more he heard.

In my case, I’m sure the occasion for this poem’s quotation was some adult’s attempt to get me to stop talking. Looking back on it, however, I think there might be an enduring message there for all of us.

Listening seems to be something of a lost art. We don’t “ponder” much anymore. On top of this, social media makes it possible—even mandatory in some circles—to launch our opinions on the world whether we have had time to consider them or not.

Then there was the post that said, “I’m thinking of starting a blog, but I don’t know what to say.” That one leaves me—well—speechless.

We live in a culture that is awash with words. Some of these words need to be spoken and are, in fact, overdue. Martin Luther King Jr. reminded us that “There comes a time when silence is betrayal.” True enough. Point taken.

But I wonder if we might also do well to consider silence as a faithful option—or at least as a prerequisite for our speech.

The proverb about blessing a neighbor with a loud voice early in the morning suggests that timing is everything. And that, I think, is a nudge in the right direction. Perhaps it is not silence or speech per se that matters so much as wise words well timed. As another proverb puts it: “To make an apt answer is a joy to anyone, and a word in season, how good it is!” (Proverbs 15.23).

I think I’ll stop writing now since I’ve run out of things to say.

Ponder: How long do you wait before you hit “send”? What risks are there to speech? To silence?

Pray: Help us to be better listeners. Help us to weigh our words and to speak with wisdom.